You are here: HomenextPublicationsnextBookletsnextFrom Catholic Devotion to Puritan Piety; Responses to the Reformation in the Avon Area, 1530 - 1603

From Catholic Devotion to Puritan Piety; Responses to the Reformation in the Avon Area, 1530 - 1603 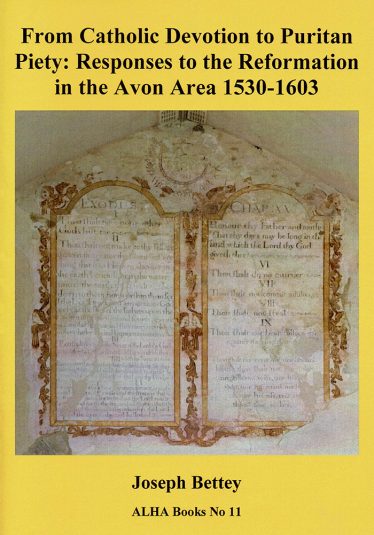 In 1530, England was an orthodox Catholic country whose King had been proclaimed Defender of the Faith by the Pope. By 1603, it was a fiercely Protestant country, where Catholics were forbidden to worship and the Queen was subject to a papal fatwa.

In this book, Dr Bettey traces the various responses of the people in the Avon region as they withstood or ran ahead of the bewildering shifts in official religion, ending with a summary of the factors which brought about this monumental transformation.