You are here: HomenextPublicationsnextBookletsnextPublic health in Victorian Bristol: the work of David Davies, Medical Officer of Health 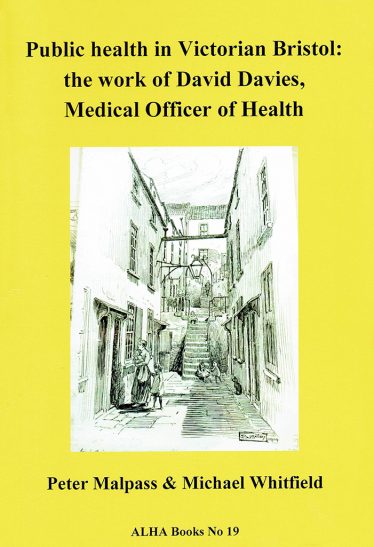 In the first half of the 19th century, Bristol was one of the most unhealthy cities in the country.

David Davies was the first Medical Officer of Health (1865-1886), and here a medical and an urban historian combine to show how he worked, on the whole successfully, to reduce the mortality from infectious disease, while eschewing a more radical, preventive, approach to housing and sanitation.

Peter Malpass was professor of housing and urban studies at the University of the West of England. He has written extensively on housing and housing policy, and organised an exhibition in association with Bristol City Council in 2005 marking 100 years of council housing in Bristol.

Michael Whitfield was Senior Lecturer in General Practice in the University of Bristol. In retirement he has devoted himself to the history of medical practice and practitioners in eighteenth- and nineteenth- century Bristol, and is the author of many ALHA books.