You are here: HomenextPublicationsnextBookletsnextSchools, Readers and Writers in Medieval Bristol 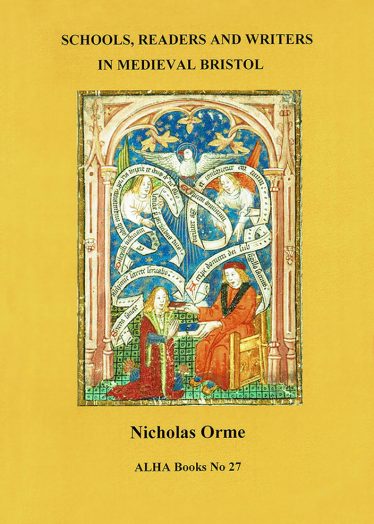 Bristol was one of England’s leading centres of education and literary culture by the end of the Middle Ages, with schools at several levels.

Books were owned and used by clergy, laymen and women, and the city had its own authors, producing works on topics as various as history, topography, civic affairs, alchemy, and poetry.

Nicholas Orme is emeritus professor of history at Exeter University, and the author of numerous studies of religious, social and cultural history in medieval and early modern England, including Medieval Children (2001), Medieval Schools (2006) and ALHA No. 23 The Kalendars.