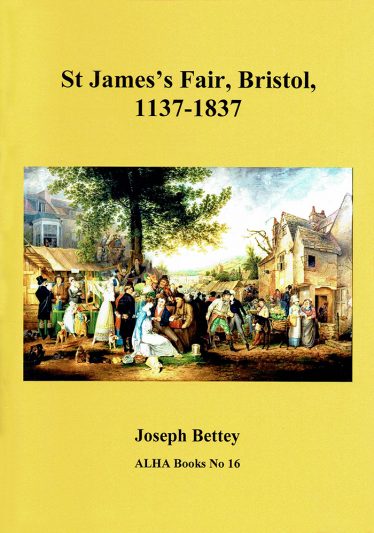 St James’s Fair was the first, and for seven hundred years the most famous of Bristol’s fairs.

At its height, it drew traders from all over England, and the rich cargoes destined for it were a magnet for pirates.

Even at the end it still prospered, albeit more for pleasure than business; and it was the dubious moral character of those pleasures rather than financial failure which brought about its closure. Dr Bettey supplies a richly documented account.