You are here: HomenextPublicationsnextBookletsnextTaking the pledge: the temperance movement in Bristol, 1830 – 1914 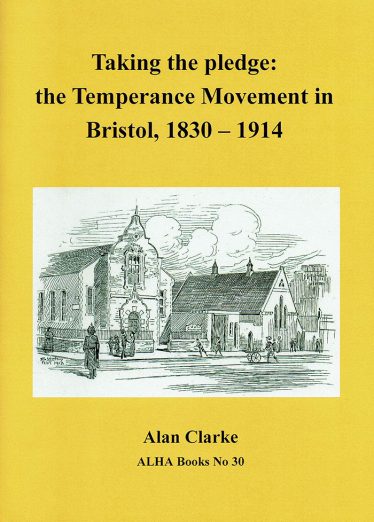 The cover shows the Bedminster Temperance Hall and Free Library, built in 1853, which well brings out the strong religious tone and affiliations of the temperance movement in Bristol.

Here Alan Clarke gives a fully documented account of the movement, and the opposition to it – not only from the drinks industry. Although never quite achieving its aims, at the level of individual conviction or of national legislation, it spread temperance hotels and coffee houses all over the townscape – and remnants are still to be seen today.

Alan Clarke has lived and worked in Bristol for over forty years, as a student, an insurance clerk, a trade union official and and a teacher of English as a foreign language. His first degree was in English with London University in the 1980s; since the 1990s he has been a long-term student with the Open University, most recently gaining his M.A. in history for work on the temperance movement.