You are here: HomenextPublicationsnextBookletsnextThe Friends to Literature: Bristol Library Society 1772 - 1864 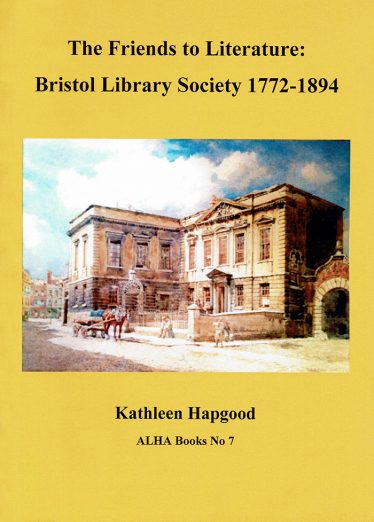 The Bristol Library Society took over the old Jacobean library founded by Robert Redwood and operated it until they in turn handed it over to the City Council in 1894.

This account therefore illustrates the transition from private charity, via personal subscription, to the rates as the basis for public library provision; and features some of the debates involved.

It also sheds light on reading habits over this period, and the links between literature, science and civic culture in the age of assured progress.

Kathleen Hapgood lives and works in Bristol. She is a Fellow of the Society of Antiquaries and of the Royal Historical Society. She writes mainly on medieval history, particularly French and Anglo-Norman history under the name of Kathleen Thompson, under which name she has also contributed to the Oxford Dictionary of National Biography.