You are here: HomenextPublicationsnextBookletsnextThe Herapaths of Bristol: a Medical and Scientific Dynasty

The Herapaths of Bristol: a Medical and Scientific Dynasty 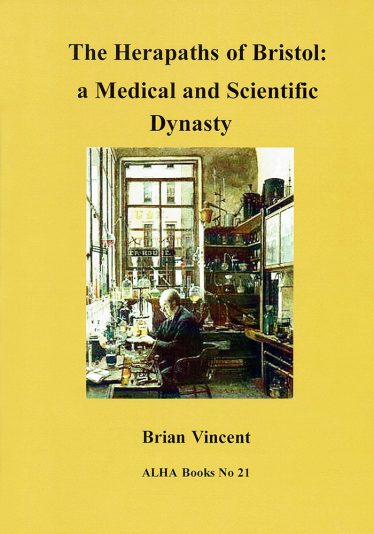 Around 1780 two brothers, John and William Herapath, moved from Devon to Bristol where they ran pubs and breweries.

From these two men descended five generations of scientists and doctors, all born in Bristol.

Some members of the Herapath family were medical practitioners, whilst others made notable contributions to physical and analytical chemistry and to forensic science.

Brian Vincent, D.SC., FRSC, is an emeritus professor and a senior research fellow in the School of Chemistry at the University of Bristol, where he was the Leverhulme Professor of Physical Chemistry from 1993 to 2007. Prior to moving to the University in 1973, he worked for Imperial Chemical Industries in Slough from 1969. As well as some 300 research and review articles, he has published several historical articles in his principal field of scientific interest: interface and colloid sciences. He also has a keen interest in local history and serves on the committee of the Friends of Bristol Museum, Galleries and Archives.