You are here: HomenextPublicationsnextBookletsnextThe Trade of Bristol in the Later Seventeenth Century

The Trade of Bristol in the Later Seventeenth Century 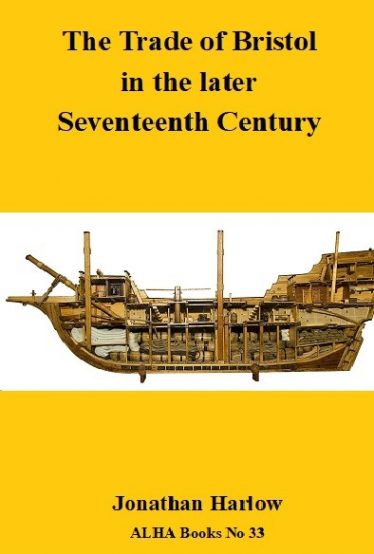 After the Civil War, Bristol really began to trade with the Americas as well as expanding its traditional trade with Europe. As trade grew, so the merchant community and the city prospered.

This booklet looks at the nature of the trade, at the port and shipping, at customs and smuggling, at seamen and, in some detail, at the merchants and their dealings.

Jonathan Harlow is a retired teacher still working on the history of the Bristol region. This booklet draws on his PhD thesis The life and times of Thomas Speed (University of the West of England, 2008) and The Ledger of Thomas Speed 1681-1690 (Bristol Record Society vol 63 1911). He has edited ALHA booklets since their inception in 2009, but this is the first he has written.