You are here: HomenextPublicationsnextBookletsnextVillage in Transition: Abbots Leigh, 1911 - 1921 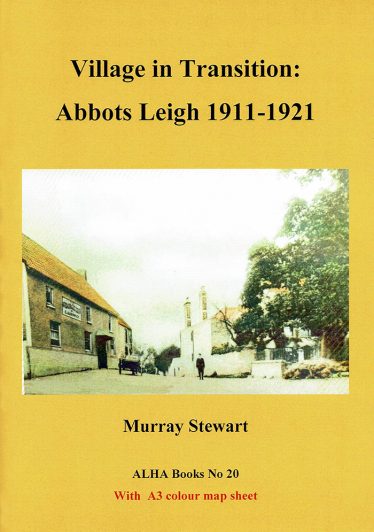 Between 1911 and 1921, Abbots Leigh experienced both the Great War and the sale of the entire village and its surroundings which had belonged to the Miles family for a hundred years.

Just another hundred years after that sale, Village in Transition tells in detail what happened and how the population and ownership of the area was changed.

Includes an A3 map of the village.

Professor Murray Stewart has worked at the Universities of Glasgow, Kent, Bristol and West of England.  His research interests have been in the field of urban and rural change, local governance, neighbourhoods and communities on which he has undertaken work for OECD, the European Commission as well as national and local government in the U.K. He is a member of Abbots Leigh Parish Council and is active in the village Heritage Group.