You are here: HomenextPublicationsnextBookletsnextWilkins of Westbury & Redland: the life and writings of Rev Dr Henry John Wilkins (1865-1941) 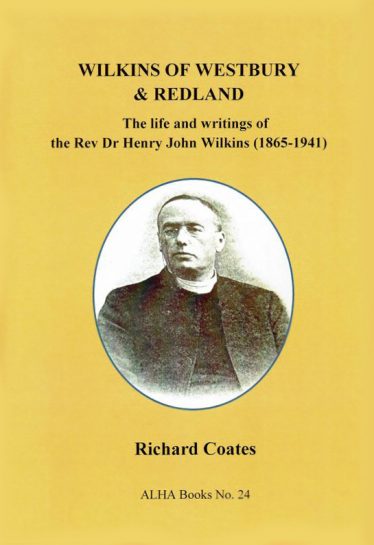 Henry John Wilkins was a progressive force in local politics before entering the great tradition of English parsons who have been active local historians.

The fact that  he was particularly a historian of Westbury-on-Trym makes it appropriate that this memoir and detailed bibliography should appear in the year that this parish celebrates its first thirteen centuries.

Richard Coates is Professor of Linguistics at the University of the West of England, Bristol. He is Hon. Director of the Survey of English Place-Names, and has written extensively on the place names and dialect of the Bristol area. He has a strong interest in local history, especially that of the ancient parishes of Westbury-on-Trym, including Shirehampton and Avonmouth and Henbury.